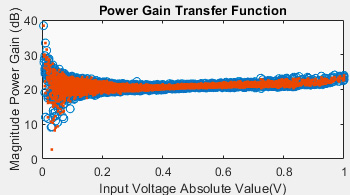 In this webinar, you will learn how to model RF power amplifiers (PA) using measured data. We will excite a PA with a wideband 5G-like signal and capture the PA output signal. We will use MATLAB to create optimal behavioral models of the captured RF power amplifier data. We will compare different modeling techniques used to characterize the selected PA. Each of the modeling techniques will be verified and validated.

Please allow approximately 45 minutes to attend the presentation and Q&A session. We will be recording this webinar, so if you can't make it for the live broadcast, register and we will send you a link to watch it on-demand.

Dr. ETHEM MUTLU SÖZER is a principal software engineer at MathWorks Inc. in Natick, MA. He specializes in software development for signal processing and communications toolboxes. His current interests include software defined radio (SDR) and machine learning and deep learning algorithms for wireless communications. Previously he was a research engineer at Massachusetts Institute of Technology, where he developed underwater acoustic communication hardware and software platforms. He has bachelor’s and master’s degrees from Middle East Technical University, and a Ph.D. from Northeastern University.